“Highly publicized cases of fabrication or falsification of data in clinical trials have occurred in recent years and it is likely that there are additional undetected or unreported cases. We review the available evidence on the incidence of data fraud in clinical trials, describe several prominent cases, present information on motivation and contributing factors and discuss cost-effective ways of early detection of data fraud as part of routine central statistical monitoring of data quality. Adoption of these clinical trial monitoring procedures can identify potential data fraud not detected by conventional on-site monitoring and can improve overall data quality.”

“The NIH’s most recent Estimates of Funding for Various Research, Condition, and Disease Categories report (www.report.nih.gov/categorical_spending.aspx) shows, for example, that total support in fiscal year 2014 for research areas including the words ‘gene,’ ‘genome,’ or ‘genetic’ was about 50% greater than funding for areas including the word ‘prevention.’…The proportion of NIH-funded projects with the words ‘public’ or ‘population’ in their title, for example, has dropped by 90% over the past 10 years, according to the NIH Reporter.”

“Without minimizing the possible gains to clinical care from greater realization of precision medicine’s promise, we worry that an unstinting focus on precision medicine by trusted spokespeople for health is a mistake — and a distraction from the goal of producing a healthier population.”

“Earthlings is a 2005 American documentary film about humankind’s total dependence on animals for economic purposes.  Presented in five chapters (pets, food, clothing, entertainment and scientific research) the film is narrated by Joaquin Phoenix, featuring music by Moby, and was written, produced and directed by Shaun Monson.”

How Not to Die describes the numerous health benefits of eating a plant-based diet. After reading through half the book, I watched Earthlings to see arguments from the animal rights activists for eliminating animal products from the dinner table. Personal health has always been my primary interest for minimizing meat consumption. But the message in this documentary is just as difficult to ignore as it is to watch.

There are some valid counter arguments to abandoning meat, which are listed in this reddit thread. The most compelling was that from an Indian man who argues he will not stop eating meat nor stop providing it for his family because he has genuine concern that his children my not survive due to malnutrition. Perhaps citizens of the more developed nations are the primary audience for this documentary.

I have watched a handful of anti-meat documentaries, and often they appeal to emotions such as shame, guilt, or anger. Earthlings takes a more objective role, showing film of industrial animal manufacturing in the United States. It was refreshing to be treated as a neutral observer, instead of being reprimanded. There are definite appeals to emotion, but the dialogue in the documentary is more calm than any I’ve seen before.

Earthlings has made me reconsider my current relationship with meat and animal products.  I imagine I have grown up with more livestock experience than many of my neighbors. I learned from my family to slaughter fish, chickens, turkeys, and rabbits for food. I attempted a pescatarian diet for several years in my twenties, but only for personal health reasons. This is the most cognizant I have been of my indirect participation in the massive consumption of animals, and what that actually means.

Prolific child neurologist and author, Dr. Siegel uses a variety of images to explain what he thinks should be taught to children in America.

He uses his hand to provide a concrete visual model of the brain.

He also summarizes his “mindsight” model as a combination of brain, mind, and relationships. He expounds on the over emphasis of brain, or somatic, focus in mainstream culture and medical school. He argues we neglect the education of mind and relationships after children graduate kindergarten. 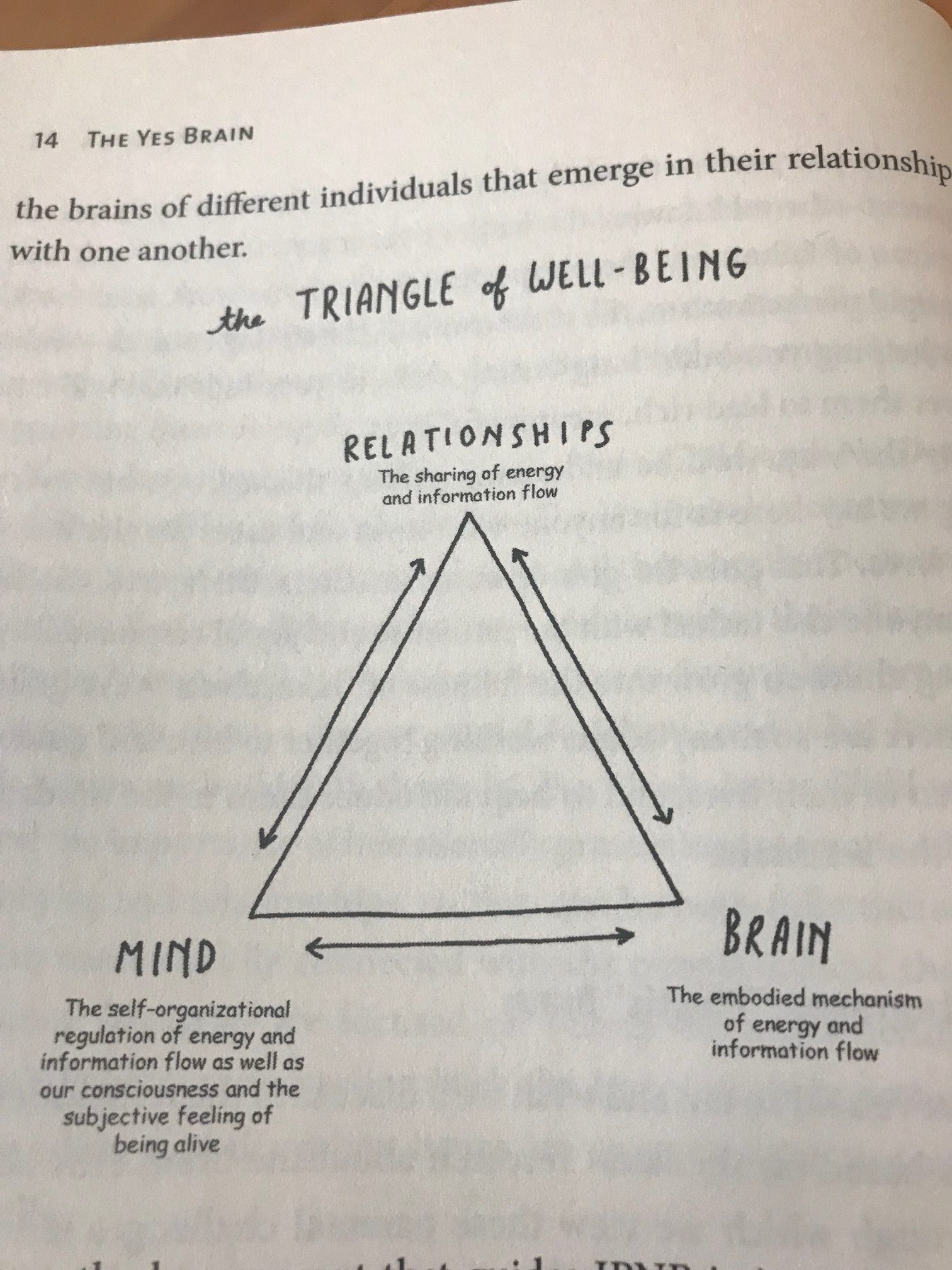 TED: The Diagnosis Effect: The Power of the Mind by Chelsea Roff